We have been made aware that scammers are using our phone number, claiming to be the social security office. Please do not give any personal information to these people. We are not, and will not ever, call you with anything to do with social security issues. That is not what we do, and we are in no way affiliated with the social security office. If you receive a phone call from our number, claiming to be anything other than Fort Smith Behavioral Health, please let us know. We have filed a complaint with the FCC, and although they said that we unfortunately cannot stop the calls, we can at least make people aware of the issue. Thank you for your understanding, and again, DO NOT give out your personal information.

Stephen D. Chiovoloni, also known as Chevy, (LCSW, LADAC, AADC, CCDP, CGP) is the founder of Fort Smith Behavioral Health, established on December 9, 2009.  In 2012, he became the owner of Mount Hope Counseling Centers. Both locations provide counseling services for mental health issues and substance use issues, with Mount Hope working specifically with court ordered clients, as well as putting a special focus on Domestic Violence Intervention Programs (D.V.I.P.). Chevy’s undergraduate studies were at the State University of New York. He received his Associates in Science, majoring in Studies of Alcoholism and Addiction, and he received his Bachelors in Science Majoring in the Social Work Generalist Approach. Chevy’s graduate Studies were at Syracuse University. He received his Masters Degree in Social Work Majoring in Individual, Family and Group Therapy. Chevy received a Doctor of Social Work at the University of Tennessee, Knoxville. He has been a practicing provider for over twenty five years, in a variety of treatment settings that include: Inpatient/Outpatient Services, Residential Services, Adult & Adolescent Services, Mental Health Services, Chemical Dependence Services, School Outreach Services, Drug Court Services, Mental Health Court Services, Domestic Violence Court Services, and Sexual Offender Court Services. He also taught at the University level as an Adjunct Professor in the Social Work Department, at Northeastern State University of Oklahoma. Chevy has created and implemented several programs in these treatment settings and has worked with a diverse population including Rural, Urban and Suburban areas during his career. 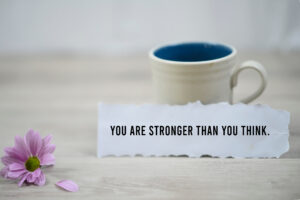 We accept most insurance plans. Don’t see your insurance? No problem, just give us a call!